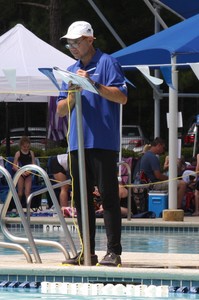 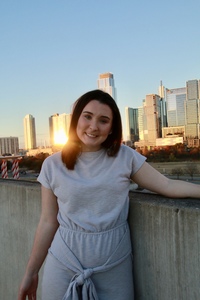 Coach Bailey grew up in The Woodlands, Texas where she learned how to swim at the age of 2. She then started her swimming career on The Woodlands Hurricanes at the age of 4. While trying multiple different sports she always stuck to swimmings in the summers. It wasn’t until the summer of 2012, her sister (former hurricanes coach) Caitlin encouraged Bailey to embrace her passion and encouraged her to join year round. Bailey started off on TWST and remained there till spring 2016. Then resumed her training fall 2016 on SSAN, then retiring from her year round career spring 2017. Outside of club swimming, Bailey was a varsity member of the TWHS swim team and waterpolo team, a member of North Houston Waterpolo (or better known as Storm), The Woodlands Hurricanes, and working as a WSI for the Woodlands Township. With the little time outside the pool, Bailey was involved with St. Anthony of Padua youth ministry. Inspired by her older sister, Bailey is excited to have the opportunity to coach for The Hurricanes, as she always thought of the team and Lakeside as a second home. Her intentions for her first year as a coach is to improve swimmers stroke, and also their passion for the sport. She is currently a student at The University of Dallas where she is studying Biology and Business. Though she loves being up at school, her favorite things to do in her free time is spending time with family, photography, baking, watching movies, and shopping.